Bova has earned a reputation for manufacturing safety footwear that is engineered for purpose rather than applying a one-size-fits-all approach.

Up until now, those working in extreme and hazardous conditions, relied on footwear comprising either a single densityVulcanised Rubber sole, Nitrile Rubber sole or a dual-density Polyurethane/Rubber (Pu/Rubber) sole.

While single-density Rubber soles provide the wearer with the necessary protection in these harsh conditions, they causediscomfort due to their heavy nature and lack of a midsole.

PU/Rubber soles have answered the demand for a lighter boot with improved comfort, through the inclusion of Polyurethane inthe mid-sole, but this has simultaneously compromised the durability of the products in the face of extreme environments.

The challenge was to find a way to bring together the benefits offered by both these soling technologies, whilst eliminating theirshort-comings.

This resulted in the development of a new range of safety footwear that demonstrates leadership in continuous improvement andtechnological advancements.

DCR is an innovative soling technology that utilises two differentlayers of rubber where the soles are directly injected onto theuppers for a superior bond, increasing the longevity of theproduct.

By removing Polyurethane from the PU/Rubber product offering,and replacing it with a light-weight Rubber, we have eliminatedthe destructive effects caused by hydrolysis in the face offluctuating temperatures and damp, harsh conditions. Thisincreases its durability to the level of Nitrile Rubber sole footwearwhilst maintaining the comfort that dual density soling productsoffer.

Due to the complexity of the sole injection, this technology is onlyavailable through a handful of manufacturers around the worldand, until now, has not been manufactured on the Africancontinent, resulting in an imported boot with an expensive pricetag.

This footwear is specifically targeted at those who work in extreme environments, such as tarmac and asphalt, mining, oil and gas,heavy construction and engineering.

This footwear is specifically targeted at those who work in extreme environments, such as tarmac and asphalt, mining, oil and gas,heavy construction and engineering.

The DRC footwear will consist of the following offerings:

As one of the leading resellers of safety footwear in Africa, it is our responsibility to constantly explore the products we releaseinto the market and ask if this is the best that we can offer our wearers. As technology evolves, it is our job to update our productsto reflect the latest in safety footwear engineering, in line with market requirements and costs,

The Power of Promotional Products

PRODUCT OWNERSHIP Consumers were asked which promotional products they currently

Here, at Best Clothing and Gifts, we are well known

When it comes to professional attire, you simply cannot go

To get started, please enter your contact information and attach your RFP (if available), or enter your project details below and we will get back to you quickly. 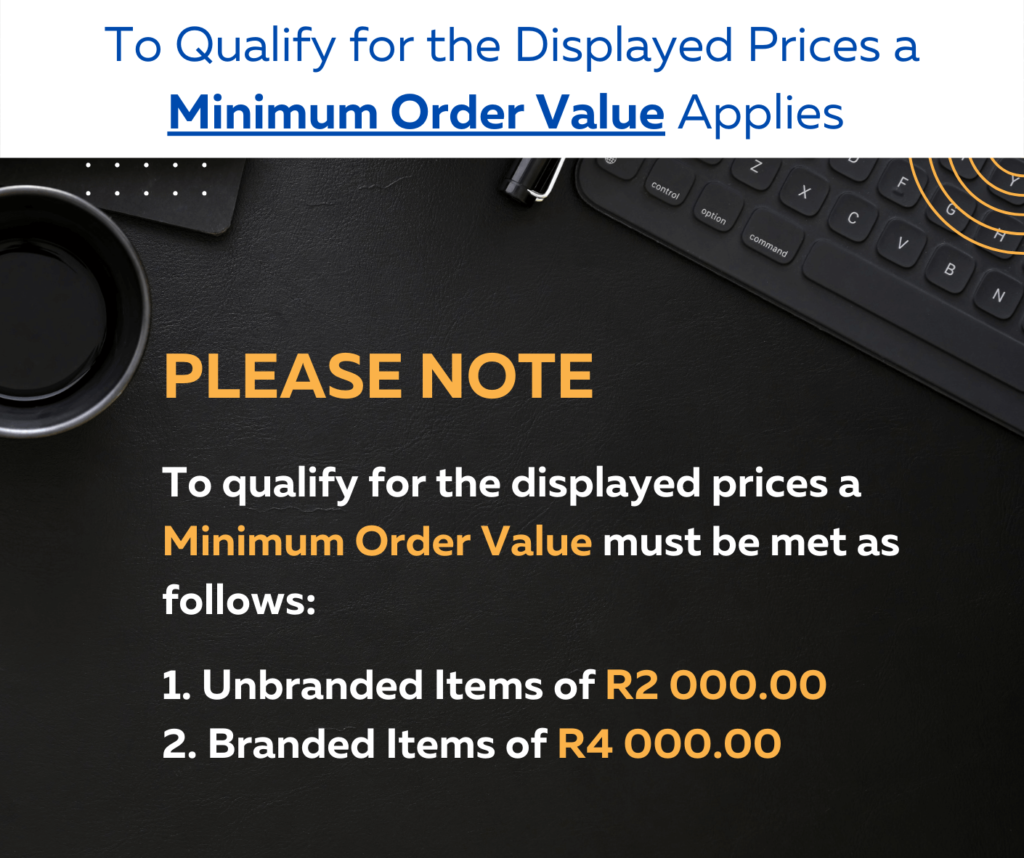